Published in The Spectator
All Rights Reserved, Copyright 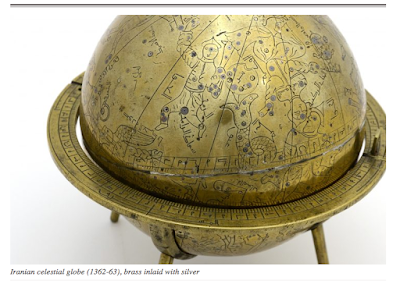 In 1402, when the Turkic conqueror Temur, better known in the West as Tamerlane, was poised to do battle with the mighty Ottoman Sultan Bayazid I, the greatest power in the Muslim world, he called in the astrologers. Knowing which side their bread was buttered on, the court officials duly pronounced that the planets were auspiciously positioned and gave a green light to attack. Temur was victorious. Not for nothing was he known as lord of the ‘Fortunate Conjunction of the Planets’.

Half a century later, in 1453, Bayazid’s great-grandson Mehmet II stood at the gates of Constantinople. Anxious to galvanise his siege-weary troops, he summoned court astrologers, diviners and holy men to do their business. They predicted Muslim victory over the perfidious Christians and rode through the Ottoman camp spreading the good news. On 29 May, the city that had resisted so many sieges finally fell and the Byzantine Empire breathed its last.

If these are historical reminders that the Islamic world was broad enough to accommodate traditional, pagan and pre-Islamic practices at the highest level, the Ashmolean’s exhibition Power and Protection: Islamic Art and the Supernatural provides sumptuous visual evidence of the intersection between Islamic faith and superstition over the centuries. Here are the miniature and the monumental, richly decorated Qurans and finely wrought geomantic tablets and dice, astrolabes, magico-medicinal bowls, seals and scrolls, gemstones and jewellery, each artefact charged with religious and supernatural power.

Leaving aside the argument that all religion is a form of superstition, the exhibition demonstrates, through works of art of outstanding beauty, how seamlessly the Islamic faith has shaded into the supernatural and occult, especially at the popular level.

The leading light in the world of Islamic ‘magic’ was Ahmad ibn Ali al-Buni, a 12th-century author whose Luma’at al-nuraniyya (Brilliant Lights) investigated the occult properties of the 99 names of God and advised the faithful how they could harness their supernatural power through amulets and talismans. The manuscript here is just one of many highly coloured texts illustrated with tables and diagrams guiding the reader towards supernatural and divine succour.

As Christiane Gruber, a professor of Islamic art, explains in one of several compelling essays in the show’s catalogue, amulets and talismans were frowned upon as a continuation of the pagan Arab tradition of wearing a stone on a chord around the neck to protect the wearer from evil, but the addition of Quranic verses and Islamic prayers on the objects rendered the practice more acceptable. In time it became completely commonplace for many Muslims, from royals to ordinary men and women. It is worth noting that two of the supporters of this exhibition are Qatari and Malaysian royals.

Talking of talismans, those with a keen sartorial interest will gravitate towards the extraordinary talismanic shirt, every square inch of which is superbly decorated with Quranic quotes, sacred invocations, holy names, squares and symbols. This striking garment recalls the letter from Hurrem Sultan to her husband Sultan Suleyman the Magnificent in the 1530s imploring him to wear the special shirt she had sent him, which would ‘turn aside bullets’ and keep him alive on the battlefield. Perhaps it worked. Suleyman proved to be the longest-reigning Ottoman sultan of all, subduing much of the Middle East and North Africa and taking his fearsome armies as far west as the gates of Vienna. You get your divine assistance where you can.

In their consistent interest in astrology, Muslims are no different from those of other faiths. Abu Ma’shar al-Balkhi explored the zodiac in his Kitab al-Mawalid, or Book of Nativities, of which a fragmentary chapter about ‘People Born in the Third Decade of the Sign of Taurus’, probably from late 14th-century Baghdad, features here alongside Muslih al-Din al-Sururi’s Wonders of Creation with its charming illustration of the ‘Phases of the Moon’.

Power and protection, as the title of the exhibition suggests, were completely central to the fusion of the Islamic with the supernatural, and found their ultimate martial expression in coats of armour, swords, sabres and standards. One of the most striking exhibits is the 17th-century banner from India, a whopping triangle of cotton inscribed in coloured inks that measures almost 3.5 metres long. The border consists of 16 verses from chapter 48 of the Quran, the famous ‘Surat al Fath’, ‘The Victory’, in which Muslims are assured of God’s support for those fighting in His cause.

Away from the battlefield, Islam and the supernatural frequently met — and still meet today — in the use of sacred words and phrases to cure the unwell, offering users ‘a powerful reminder of the value traditionally attributed by Islam to sustained supplication and remembrance of God’, according to Francesca Leoni, the exhibition’s curator.

Islamic calligraphy is an art in its own right. A particularly beautiful example is the gilt copper finial of a falcon formed from the words of a classical Shia prayer calling on Ali in times of distress.

Anyone who thinks that, however artfully elaborated and embellished, all this is medieval mumbo-jumbo long since consigned to history, should pay a visit to Istanbul’s shrine of Eyup, an early hero from one of the 7th-century sieges of Constantinople. Here, among other delights, they will find enthusiastic vendors offering everything from blue beads to ward off the evil eye to fridge magnets offering one-stop-shop talismanic protection with representations of the Prophet’s seal of prophethood, the Seven Sleepers of Ephesus and their dog Qitmir, and 35 bismillahs fanning out from the name of God for good measure.

One of the most popular symbols of protection, for Buddhists, Christians, Jews, Muslims and others, is the human hand. Perhaps its most recognisable form in the Islamic world is the Hand of Fatima, a classic symbol to ward off evil influences seen in exquisite jewellery, prosaic door-knockers and tourist tat from Morocco to Malaysia. Few come as extravagant or as colourful as the late-18th or early-19th-century finials from India made of gold on a lac core, riotously decorated with rubies, emeralds, diamonds and pearls. Goldfinger doesn’t even come close. Shia Muslims also mark the hand as a poignant reminder of the severed limbs of Abbas, half-brother of Husayn, who was slaughtered at the fateful Battle of Karbala in 680, a conflict that did so much to divide the Islamic world into Sunni and Shia, and which still resonates bloodily across the Middle East 14 centuries later.

Power and Protection raises another important and controversial point. The numerous glorious miniatures and illustrated manuscripts from India, Iran and Turkey, among other places, together give the lie to the common assumption that Islam proscribes figurative art. They represent a triumph of art over zealous ideologues. They may remind some visitors, too, that for all its demonisation in modern western discourse, Iran is an ancient repository of culture and learning, sophistication and nuance.

Power and Protection: Islamic Art and the Supernatural is at the Ashmolean Museum until 15 January 2017.
Posted by Dr. Amanullah De Sondy at 09:33 No comments:

Posted by Dr. Amanullah De Sondy at 09:20 No comments: