Muslims can reinterpret their faith: it’s the best answer to Isis by Hassan Radwan

There is a great deal of talk about reform and reinterpretation of Islam these days, in order to counter the views of extremists such as Isis. 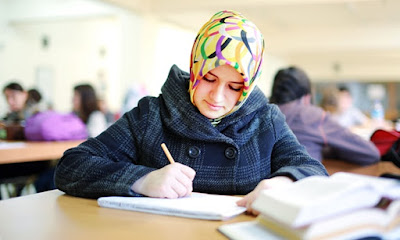 Liberal and progressive interpretations depend mostly on nuanced readings of the Qur’an and Sunna, or forcing new meanings out of them. But by playing the extremists’ game of interpreting the texts, we allow them a semblance of legitimacy. We also give them the opportunity to come back with theological workarounds.

In my opinion we Muslims need to take the bold step of challenging the very idea that the Qur’an and Sunna are infallible. This will come as a shock to those of us brought up on the idea that the Qur’an is the perfect word of God, but some Muslims are already doing this. Thinkers such as Abdul Karim Soroush from Iran, Sayyed Ahmad Al-Qabbanji from Iraq and Saeed Nasheed from Morocco are questioning traditional views about the Qur’an.

Saeed Nasheed, in his recent book, Modernity & the Qur’an, said: “The Qur’an is not the speech of God, just as the loaf of bread is not the work of the farmer. God produced the raw material, which was inspiration, just as the farmer produces the raw material, which is wheat. But it is the baker who turns the wheat or flour into bread according to his own unique way, artistic expertise and creative ability. Thus it is the Prophet who was responsible for interpreting the inspiration and turning it into actual phrases and words according to his own unique view.”

Why is this such an essential step? Because once you stop protecting ideas on the basis that “God said it”, you create a level playing field where good ideas can battle it out with bad ideas on an equal footing. It allows reason to be the deciding factor for whether something is accepted or rejected, rather than: “Because it’s written – that’s why!” No more searching for tenuous interpretations or changing the meaning of words into something else, just so we can avoid the problematic and uncomfortable meanings.

As long as we refuse to appreciate that the Qur’an may be divinely inspired but is human-authored, we will be forced to continue playing the game of the fundamentalists and disarming ourselves of the only weapon that can defeat them – reason. Only when we recognise that the Qur’an and Sunna are fallible can we free Islam from the prison of dogma we placed it in.


Islam is far more than the Qur’an and Sunna. Like any major religion, it is the amassed wisdom, practice and beliefs of millions of believers over many centuries. Religion at its most fundamental is man reaching out to the unknown. It is a way of seeking comfort, solace, strength and meaning in a harsh and often cruel world where man finds himself alone and vulnerable. It is not a replacement for reason but an aid to help us get by.

Look at most believers of Islam, or indeed any religion: the vast majority don’t even know what their “holy texts” say. They know little or nothing about the intricacies of theology. For them Islam is what their mother and father taught them – the nice, loving and universal elements. Giving charity, helping others, seeking comfort and strength from prayer, sharing in festivals and celebrations. This is Islam for the ordinary man. The hardline literalists of today want to undermine and destroy this Islam. They want to reduce Islam to the ancient texts and strip away any semblance of progress, human reason and humanity.

They want to strip Islam of the very thing that has made religion relevant to human beings – something to help us along life’s rocky road. They want to take away its ability to respond to the changing problems of life and evolve with time. They want to take us back 1,400 years to a context and place that have no relevance to us in the 21st century, and reduce Islam to a list of Aqidahs and Hudud punishments. That is not what religion is about.


Islam (and religion) at its best should be about being a good human being. About showing love, empathy and charity to others. About seeking strength and comfort through prayer and community. About reaching out to the unknown and seeking a little help to get us by in a difficult world. That is what Islam is for the ordinary man, and that is what we need to wrestle back from the literalists, who are in fact the ones destroying Islam.

Realising the Qur’an is fallible will not destroy Islam. It will destroy the literalists. For the rest of us it will free us and free our reason so we can take what is useful and helpful from religion and ignore what is not. Islam did not come to replace the mind God gave us and turn us into heartless robots. I know some will say that Islam represents a belief in the “truth” – an unchanging and constant truth that does not move with the times – but I would say that while there may indeed be absolute “truth”, from our imperfect human perspective truth is relative: relative to our knowledge and understanding and context, which are always changing.

This is why religion must evolve and change with that understanding. Religion that doesn’t change is not religion. It is just ignorance. It is an ignorance that keeps us hostage to the past and strips people of their reason and humanity.

Posted by Dr. Amanullah De Sondy at 04:44 No comments: