Paradise in the Islamic Tradition

Prof. Christian Lange (professor of Arabic and Islamic Studies) gave his inaugural lecture on paradise in the Islamic tradition, based on a close reading and analysis of how paradise is imagined in the Qur'an. He will pursue a dominant theme of the Qur'an in detail, namely, the spatio-temporal and existential nearness of paradise to this world.

Posted by Dr. Amanullah De Sondy at 05:38 No comments:

No, Islam Is Not Inherently Misogynistic. Here's Why. by Bina Shah 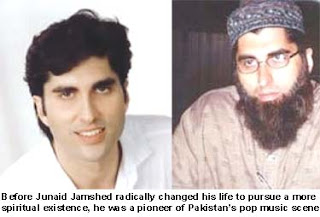 Junaid Jamshed, Pakistani pop singer turned Islamic preacher, landed himself in hot water when he recently made misogynistic remarks on television. Erroneously trying to prove that women do not have an independent status of their own in Islam, he said, "Hazrat Maryam's (Mary's) name has been solely mentioned in the Holy Quran and that too because of Hazrat Isa (Jesus). Other than that, no other woman's name has been quoted in the Holy book. Also, Allah doesn't like it when a woman's name is mentioned in the Quran."

A "Ban Junaid Jamshed" movement sprang into life on social media within hours of the remarks being reported. Angered Pakistani women are urging people to boycott Jamshed's commercial ventures, which include a butcher shop and a clothing line.

Sadly, many people in the Muslim world share Jamshed's attitudes to greater or lesser degrees; literalists and the orthodox everywhere use the Quran and Hadiths, or sayings of the Prophet, to justify their misogyny, interpreting allegorical scripture with malicious literalism. They twist and distort the scripture's meanings, intent and context, until the true meaning of those verses has been obliterated. They disregard the fact that those verses pertaining to men and women were meant to introduce a balance between the sexes in a paganistic Arab society that had no concept of harmony and cooperation between men and women.

Muslim societies have long been the battleground for a conflict between classical patriarchy and the revolutionary spirit of early Islam. The pre-Islamic environment of 7th century Mecca, with its tribalism, lack of law and order and constant warfare, was strongly male-dominated. The advent of Islam challenged the status quo and sought not only to introduce a new kind of social order but to limit the excesses of Meccan society, which directly harmed women and girls -- abolishing the custom of burying baby girls at birth is one of the best examples of this spirit. Early Islam sought to elevate women and define them as independent agents possessed of free will, responsible for their own actions and imbued with certain rights over men (just as men are imbued with complementary rights and privileges over women).

"Early Islam sought to elevate women and define them as independent agents possessed of free will, responsible for their own actions and imbued with certain rights over men."
While it is true that only Mary is named in the Quran, we can count 24 women who appear in the Quran in various forms and purposes. According to Seyyedeh Sahar Kianfar, who writes about women in the Quran for the International Association of Sufism, 18 of those women appear as minor characters in Quranic stories for historical context. The major five -- including Mary mother of Jesus, Bilquis, the Queen of Sheba, Mary's mother Hannah, Hawa (Eve) and Umm Musa, the mother of Moses -- "serve as examples of good character from which the seeker can learn and model oneself."

There is an entire chapter in the Quran entitled "Mary," which tells the story of Mary's life and Jesus's birth. Another chapter called "Women" outlines in great detail the rights and responsibilities of women and the rights and responsibilities of men towards them. This does not sound like a holy book in which the appearance of women is offensive to God.

Jamshed's crude analyses ignores the fact that the Quran was never meant as a "book" designed to satisfy modern intellectual sensibilities. Many detractors of Islam point to inheritance laws, polygamy and certain verses in the Quran that they have interpreted as condoning domestic violence, sex slavery and other travesties of justice and human rights. There are many Islamic feminists, such as Amina Wadud, Kecia Ali, Riffat Hassan and Laleh Bakhtiar, who are actively working to retranslate and reinterpret many of these verses of the Quran. They place the verses of the Quran, as well as many of the Hadiths or sayings of the prophet, within a correct historical context, adding the feminist perspective, which classical male jurists and translators and interpreters have ignored. The result is a scripture that looks very different from the book that Islam's detractors use to point to its "inherent" chauvinism, and that misogynists within Islam use to justify the perpetuation of patriarchal traditions.

"The advent of Islam sought not only to introduce a new kind of social order but to limit the excesses of Meccan society, which directly harmed women and girls."
Misogyny does not appeal to all Muslim men, but all Muslim men in traditional societies have been raised within a cultural context of patriarchy, which operates on strong principles of exclusion and male privilege. Monarchy, colonialism and violent dictatorship, which have affected most Muslim countries at some point in their histories, have served to ingrain those patriarchal principles deep within the psyche of men and women. It could be said that men have internalized the principles of authoritarianism, bolstered by the political systems under which they have lived. In turn, they have sought to rule women in Muslim countries the way those countries were ruled by local autocrats and then colonized by Western powers. It serves to retain a man's sense of personal power when his own political power has been robbed from him.

Lately, Muslim women have been claiming more of their rights within Islam because of a steady increase in women's education and literacy. They are also responding to the growing need for more women in the workforce to strengthen their countries' economies. Development, human rights and democratic movements coming from Western countries sometimes one-sidedly focus on the rights and status of Muslim women both in Muslim and in Western societies as a yardstick for how "oppressed" or "free" a society is. NPR's Senior European correspondent Sylvia Poggioli identified this trend as follows: "In the heated debate on Islam in the West, Muslim women are often the flashpoint -- their dress codes, their rights, their roles in society."

The result: some Muslim men welcome the increased stature of women, while others grow deeply resentful and view "women's rights" as a corrupting foreign influence -- a continuation of the colonialism that humiliated and alienated their parents' generation. The upsetting of the traditional balance which has always suited them, with the push coming both from the Western world and from Muslim women and their male allies, engenders within the misogynist a destructive kind of competitiveness with women. A clampdown on the advances of women and the use of physical and mental violence to restrict women's growing autonomy is the backlash for those men who cannot handle the powerful changes in their societies.

"There are many Islamic feminists who are actively working to reinterpret certain Quran verses from a woman's perspective."
No analysis of misogyny in Muslim societies would be complete without understanding the role of the mother in the Muslim family as an extremely powerful one. Most Muslims can recall growing up in a family where the home was the jurisdiction of the mother, supported by equally strong female figures -- aunts, elder sisters, grandmothers. The mother's authority over a child is complete (and Islam supports this by ensuring a young child stays with its mother even if a divorce takes place), although this runs contrary to the deep-seated patriarchy children observe outside the home.

Entire societies all across the Muslim world can develop and flourish through the advancement of women, and there is nothing in Islamic scripture that contradicts this idea. But misogyny in the Muslim world must be addressed so that we are not constantly playing at snakes and ladders, making gains and then sliding back down again, when it comes to enshrining women's rights in our rapidly-transitioning societies. 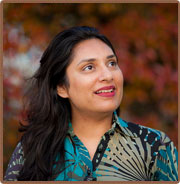 Bina Shah is a writer of English fiction and a journalist living in Karachi, Pakistan. She is the author of four novels and two collections of short stories. She is a regular columnist for the Dawn and the Express Tribune, Pakistan’s major English-language newspapers, and has also contributed to international newspapers The Guardian, The Independent, and the International Herald Tribune and international journals Granta.com, Wasafiri and Critical Muslim. Her latest novel, A Season For Martyrs, was published in Nov. 2014 in the U.S.

Bina was born in Karachi, Pakistan and was raised in Charlottesville, Virginia, and Pakistan. She holds a degree in Psychology from Wellesley College and a Masters in Education from the Harvard Graduate School of Education. She is a fellow of the University of Iowa, having participated in the International Writers Program in 2011. Her humorous writing, political satire, and clear-eyed view of social issues have earned her critical praise and a devoted following amongst Pakistanis all over the world.
Posted by Dr. Amanullah De Sondy at 12:40 No comments: 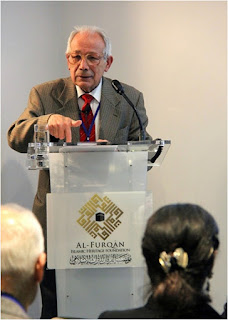 "The fragment of the Qur'an folios that were found at Birmingham is not at all what they claim them to be. They in fact belong to the end of the 2nd and the beginning of the 3rd century Higra if not later. All the features in them: the script, dotting, using golden and red ink as well as the separation of Ayat and Suar...etc.) indicate that they might have been written on parchments older than the script.Therefore, they are not as early as they think. Strange enough, Berlin and Tubingen claim the same with their own fragments."