The Global Summit to End Violence Against Women in Conflict took place in London in June 2014, with 1700 delegates from 129 countries and 79 ministers attending, drawing much-needed attention to the problem of women suffering sexual assault in war zones. 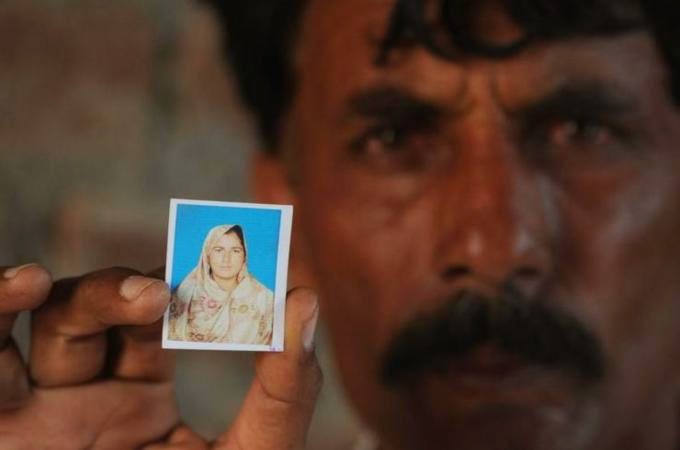 Yet as I studied the programme's fringe events and followed the coverage in the news, I wondered what exactly a conference in London could truly do, beyond the call to action, to help women in places like Syria, Iraq, or Egypt, where women have suffered systematic rape and sexual assault as a "weapon of war", as summit keynote speaker Angelina Jolie put it.

It's vital to commit to tackling sexual violence in conflict and supporting victims, as the summit's action statement outlined, as fresh conflicts erupt across the Middle East and South Asia. But while the summit stated its aim was to "end the use of rape and sexual violence in conflicts around the world", it didn't give more voice to key elements: honesty about the true origins of the violence - the skewed concept of masculinity in patriarchal societies, which operates in both war and peace - and the concomitant need to confront male perpetrators of violence against women with a prescription that goes beyond the conventional formulae of legal reform and punishment for sexual crimes.

Amanullah de Sondy, assistant Professor of Islamic Studies at the University of Miami and author of The Crisis of Islamic Masculinities, identifies a type of rigid, patriarchal form of masculinity in Muslim men that acts out at times in the form of sexual violence against women. "The issue is the global crisis of Islamic masculinity," he says. "Women are finding their voice and position in society through God and this unsettles patriarchy." But De Sondy points out that "the issue is actually not with Islam or its theology". He adds that "sexual violence against women is being challenged by men and women who seek to dismantle these rigid forms through the very foundation of Islam."
This global crisis is being played out daily in Pakistan, where patriarchy has historically been deep-seated and rarely questioned, but at the same time where women are awakening to their rights and responsibilities and claiming them eagerly, using Islamic scripture to justify their choices.

In May, Farzana Parveen, 25 years old and three-months pregnant, was murdered outside a Lahore courthouse because she married out of free will, a right guaranteed to women in Islam; her husband reneged on the dowry agreement with her family, who pounced upon them and bashed her to death with bricks. Ms Parveen was only one of the hundreds of thousands of women who face similar violence because of the notion that women's lives are secondary in importance, disposable by nature to the needs and whims of men.

Hundreds of NGOs, organisations, local and foreign, work to empower ordinary Pakistani women, teaching them their legal, human, and Islamic rights; connecting them to legal aid and financial resources so that they can become empowered and independent. But not one programme or resource could save Farzana because they didn't focus on teaching her male family members that she was not their property to dispose of as they pleased - ending her life when it was of no more value to them, using "honour" as a pretext.  (The global press deemed her death an "honour killing" - a phrase I loathe because it is so deceptive about the real roots of violence against women. Honour is often simply the pretext for conflicts over money, property, family feuds, or just a backlash against the increasing empowerment of women in Pakistan society.)

Out of the 175 events at the Global Summit in London, I found two fringe events that focused on the role of men in ending sexual violence. Care International hosted two panels that highlighted how its projects in both Bosnia and Rwanda are changing the attitudes of boys and men towards women in order to reduce sexual violence against them and turn them into "allies and champions for change."

In Bosnia, the "Young Men Initiative" has successfully changed attitudes by teaching boys and young men through the use of workshops, drama and sport that a "real man" does not have to dominate women or use violence to prove his masculinity. Now, schools in Bosnia, Croatia, and Kosovo are adding the lessons to their curriculum in the hopes that an entire generation scarred by war and conflict will not turn to rape and sexual violence the way their forefathers did during the bloody wars.

Similarly, the Rwanda Men's Resource Center works to "engage men" in the support of women's leadership and rights, the promotion of non-violence and egalitarianism in the relations between men and women, and teach gender sensitivity to generations of young men and boys who have witnessed some of the worst brutality in recent history. And similar programmes and organisations are springing up as far afield as Brazil, Chile and India, recognising that the education and empowerment of men alongside women is the only way to ensure women's security within the greater umbrella of advacement in developing societies.

The organisers and participants of the Global Summit in London had, for the most part, good intentions. But my experience living in Pakistan, where the war on terror has soaked our society in extremism and violence, is that political and military conflicts serve only to strengthen an already strongly-entrenched patriarchy. And today's global focus on empowering women will fail utterly and completely unless it also encompasses educating and reforming the men that live beside them.
I long to see programmes focusing on men like the Care International ones in Bosnia and Rwanda enacted in Pakistan and everywhere else in the world where violence against women is endemic in both peacetime and war. As Amanullah De Sondy says, "Now more than ever before do men have to answer calls that question their masculinity and this is is the crisis to all men, globally." Stopping sexual violence against women is a battle that I believe we can win. But to do that, we're going to have to fix the men - because it's a change in their attitudes and actions that will be the turning point in this war.

Bina Shah is an award-winning Pakistani writer from Karachi. She is a contributing opinion writer for the International New York Times and writes a monthly column for Dawn, the biggest English-language newspaper in Pakistan.

The views expressed in this article are the author's own and do not necessarily reflect Al Jazeera's editorial policy.

Posted by Dr. Amanullah De Sondy at 08:59 No comments: