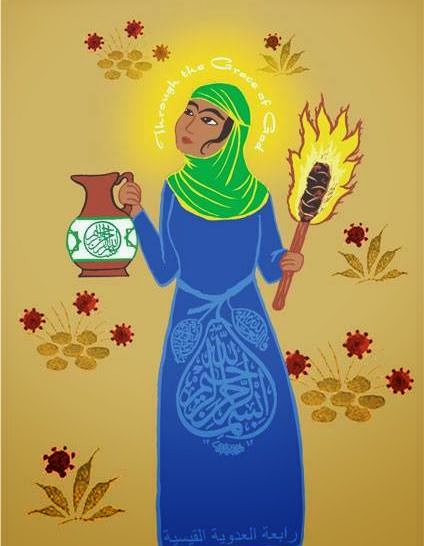 People saw Rabia running through the streets of Basra one day with a torch in one hand and pitcher of water in the other. A woman pulled her aside and said, "Dearest Rabia, our teacher, what are you doing?" Rabia replied, "I want to put out the fires of Hell, and burn down the pleasures of Paradise. Because of them people only worship God out of fear of punishment or hope for reward when they could be worshipping God for love alone!
(as re-told by Dr. Laury Silvers, University of Toronto)

Posted by Dr. Amanullah De Sondy at 13:32 No comments:

My book, The Crisis of Islamic Masculinities, will be out in paperback later this year, & here's the brand new cover! Published by Bloomsbury Academic. More details to follow and hopefully a book launch in my beloved Scotland!. 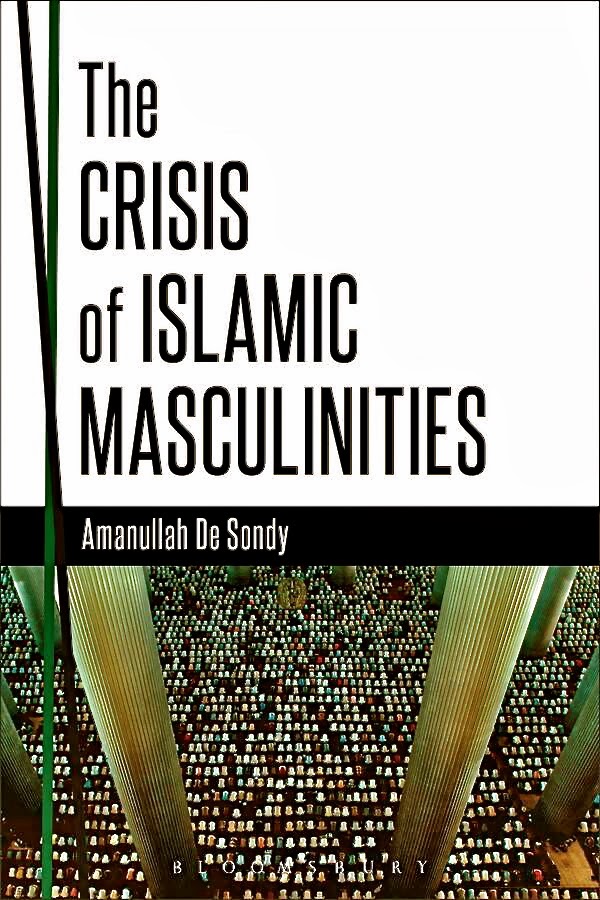 Rigid notions of masculinity are causing crisis in the global Islamic community. These are articulated from the Qur’an, its commentary, historical precedents and societal, religious and familial obligations. Some Muslims who don't agree with narrow constructs of manliness feel forced to consider themselves secular and therefore outside the religious community.

In order to evaluate whether there really is only one valid, ideal Islamic masculinity, The Crisis of Islamic Masculinities explores key figures of the Qur’an and Indian-Pakistani Islamic history, and exposes the precariousness of tight constraints on Islamic manhood. By examining Qur’anic arguments and the strict social responsibilities advocated along with narrow Islamic masculinities, Amanullah De Sondy shows that God and women (to whom Muslim men relate but are different from) often act as foils for the construction of masculinity. He argues the constrainers of masculinity have used God and women to think with and to dominate through and that rigid gender roles are the product of a misguided enterprise: the highly personal relationship between humans and God does not lend itself to the organization of society, because that relationship cannot be typified and replicated.

Discussions and debates surrounding Islamic masculinities are quickly finding their place in the study of Islam and Muslims, and The Crisis of Islamic Masculinities makes a vital contribution to this emerging field.
Introduction\1.The Knot Mawdudi Tied\2. Feminists’ Nonothering Hermeneutics\3. The Failed Search for a Single Qur’anic Masculinity\4. Mirza Ghalib’s Hedonistic Challenge\5.Sufism’s Beloved Subversion\Conclusion\Bibliography

“The study of Muslim masculinities is in its infancy, and The Crisis of Islamic Masculinities easily succeeds in laying a secure foundation for this highly significant but neglected field - a major step forward.” –  Ahmet T. Karamustafa, Professor of History, University of Maryland, USA.

“This book opens the way to rethinking what it means to be a man in the Islamic tradition, showing the intricate ways in which constructions of femininity and masculinity are intertwined. It is a must-read for those wishing to understand the Islamists' obsession with sexuality, their rejection of gender equality, and their invocation of religious dogma as the basis for gender rights.” –  Ziba Mir-Hosseini, Centre for Islamic and Middle Eastern Law, SOAS, UK.

Posted by Dr. Amanullah De Sondy at 08:27 No comments: