Posted by Dr. Amanullah De Sondy at 11:50 No comments:

World Hijab Day Has Got It All Wrong

By Sara Yasin
Published at: http://jezebel.com/5940435/world-hijab-day-has-got-it-all-wrong
All Rights Reserved, Copyright

Just in case y'all were wondering, today is "World Hijab Day," a day meant to celebrate a woman's right to wear hijab. First created back in 2004 in response to the start of Sarkozy's war on covered ladies in France, it has become a day to make a statement against bans on veiling — particularly in the West. 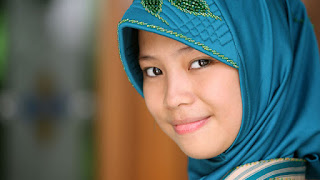 Sounds reasonable. I think it's fair to say that people should be able to wear what they want. But one look at Facebook and Tumbr posts related to this day, and it starts to veer into problematic (and not to mention ickworthy) territory. Here's just one of the many things I've seen shared on this glorious day:


Two little girls playing in the sun
one wore a scarf, the other wore none.
"Why do you wear a scarf?" asked the one without,
the other little girl said without a doubt
"Allah loves me to cover my hair
so that little boys won't stand and stare,
when I grow up what I really want to be
is a well dressed Muslim lady like my pretty Mummy."
Happy Hijab Day


Cute. Particularly cute to push the idea that hijab stops creepers from creepin'. The dark corners of the internet will teach you that there's a market for everything — and that includes hijabis. As a hijab alum, I can tell you that no amount of fabric saved me from the stares of sleazy men. And don't even get me started on placing the responsibility of the male gaze on women. That's a victim-blaming mess that I can't deal with on a Tuesday.

This reminds me of another disturbing trend of cartoons that imply that an uncovered woman is much like an exposed lollipop, pearl —- or really any other item that might go rotten if you don't have the right tupperware. Because ladies, you've got an expiration date.

Obviously, it makes more sense to illustrate the point of hijab with the shame of being rotten produce, rather than —- I don't know —- highlighting the experiences of women who wear it because they might feel comfortable in it, or dare I say it —- believe in it?

It's wonderful to be comfortable and happy in the choices that you make, but let's not forget that there are plenty of pious Muslim ladies who don't wear hijab, along with a pretty lengthy debate about whether or not it is required. Emphasis here is on choice.

This isn't — and shouldn't be —- simply about protecting the hijab. What's most important is not to protect the act of wearing hijab as a human right, but actually protecting the right of an individual to be able to safely make that choice. This means that when we're critical of veil bans, we should also be critical of countries that force women to cover as well.

And I'm convinced that understanding a woman's right to choose anything is something we haven't figured out how to discuss constructively anyways. But hopefully we can eventually get it right on this one.

Until then, I'm thankful for the "unsubscribe" option on my mini-feed.
Posted by Dr. Amanullah De Sondy at 11:46 No comments: