Posted by Dr. Amanullah De Sondy at 22:24 No comments: 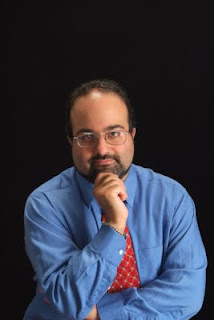 August 7, 2011 - published in The Chronicle of Higher Education (All Rights Reserved, Copyright)
By Professor Omid Safi

It's time to pause and reflect on the current discourse about Islam and Muslims.

The families of the almost three thousand victims who died on 9/11 continue to mourn their loved ones, even as much of the developing world wonders why suffering that took place on American soil should divide the history of not just Americans but the whole world into pre- and post-9/11 phases, while their continuing suffering and poverty has become accepted as normal. One of the persistent topics of discussion in this post-9/11 landscape is tolerance: simultaneously the insistence that Muslims need to be more tolerant (often coded as the need for "moderate Islam") than before 9/11 and Americans needs to be more tolerant of Muslims.

As a Muslim, a scholar of Islamic studies, and a human-rights activist, I write to argue—indeed plead—against tolerance. Instead, let us look to a new decade that aspires to the higher moral ground of pluralism.

Especially during the last 10 years, we have repeatedly been told that we should strive to become more "tolerant" citizens and develop more tolerant forms of Islam. I respectfully disagree. Tolerance is only a limited and tentative half-step: The origins of the word "tolerance" are in medieval pharmacology and toxicology, dealing with how much poison a body can "tolerate" before it succumbs to a foreign, poisonous substance. Is that our notion of dialogue? Is it about how many Muslims (or gays, blacks, Hispanics, or insert your favorite beleaguered minority group) we can tolerate before they kill us? We can, and must, do better than that.

The call for a "tolerant Islam" is tentative, morally weak, and ultimately confused. What most people mean is simply Muslims who do not kill, preferably don't oppress women (much), and do not object to the hegemony of American (and possibly Israeli) policies. Like the problematic term "moderate," "tolerant Islam" implies a middle path between two extremes. One extreme of the Muslim spectrum is easy to imagine (Al Qaeda, the Taliban, etc.). But pray tell, what lies at the other extreme? A nonpracticing Muslim? An atheist Muslim? What exactly are moderate Muslims moderate about?

Let's move closer to the conversation about Islam in America, both about Muslim Americans and America's treatment of her Muslim citizens. Our national discourse is already dominated by a phobia over Shariah, mosques that can't be built in "our" backyards, and candidates who pledge their allegiance to a Judeo-Christian God who seems to hate Muslims as much as He hates gays and lesbians. Is America to be an ostensibly (Judeo-) Christian country, whereby other religious communities are merely tolerated? Make no mistake about it: There is no clash between Islam and the West, pace scholars like Samuel Huntington and Bernard Lewis, but there are real clashes within America over the very soul of America, over competing visions of what kind of society we wish to be, and clashes among Muslims for the interpretations and practices of Islam.

And here is where the question of tolerance in a post-9/11 world comes to the forefront: For pluralistic Muslims, as indeed for other human beings who recognize our ultimate interconnectedness and oneness, there has to be a higher calling than merely tolerating those different from us. Our challenge is to push America toward what Harvard University's Diana L. Eck, a leading professor of comparative religion, and others tell us it has already become, the "most pluralistic nation on earth." This America will be more than merely "Abrahamic," since even that wonderful umbrella that brings together Jews, Christians, and Muslims still leaves out our Hindu, Buddhist, Taoist, Jain, Sikh, Zoroastrian, Wiccan, atheist, and agnostic friends.

Instead of hackneyed definitions of tolerance and moderation that have absorbed the last decade, let us turn the page to pluralism and solidarity. Pluralism respects and engages not just our commonalities but also our particularities and, indeed, differences. Our distinctions matter.

Without recognizing and embracing what demarcates us as well as what brings us together—without seeing those commonalities and particularities as truly blessed—we cannot strive for a common ground of a shared aspiration for justice and compassion toward all. As the last decade has shown us, if we believe only in tolerance, it will be too easy to forget about the equal protection of all human beings before the law, to trample on the rights of disempowered racial, religious, and ethnic minorities.

Will civil rights be seen as necessary sacrifices in a continuing "war on terrorism," or will they be seen as the very foundation of what is worth saving about America itself? Will immigrant Muslims realize that in every civilization where Islam has flourished, it has done so through the interaction of timeless spiritual teachings and time-bound cultural contexts? Will the highest and most humanistic elements of American culture be blended into the collage of Islamic values? Can American Muslims be a part of the movement to confront the racism, sexism, classism, consumerism, and militarism of American society while upholding the yet unfinished American dream as a noble experiment?

Martin Luther King Jr. quoted Langston Hughes's cry, "O, yes, I say it plain, America never was America to me, And yet I swear this oath—America will be!" Indeed, let America be America again. Let it be the dream it used to be. A beautiful, unfinished, deeply flawed, and noble dream. In every age, a civilization is judged by how it treats its weakest and most marginalized. Today, our crumbling American empire is at least partially judged not by how it tolerates, but by how it embraces its Muslim and Hispanic and gay and lesbian and ... citizens.

Let us not just tolerate one another but strive to build a more just and beautiful society. That would be the grandest way to honor the victims of 9/11, and to make sure that the madmen and madwomen, here and "there," hell-bent on destroying the world, do not get their way.

Omid Safi is a professor of religious studies at the University of North Carolina at Chapel Hill and the author of Memories of Muhammad: Why the Prophet Matters (HarperOne, 2009).

Posted by Dr. Amanullah De Sondy at 10:19 No comments:

Posted by Dr. Amanullah De Sondy at 21:04 No comments: