Posted by Dr. Amanullah De Sondy at 13:29 No comments:

Is New Park51 Advisor Any Better Than Feisal Abdul-Rauf? 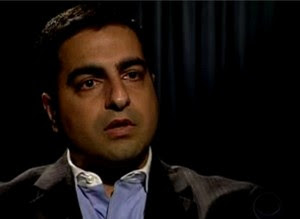 
Park51 recently named Abdallah Adhami as a Senior Advisor to the project. Although the desire seems to have been to choose an individual less controversial than Feisal Abdul-Rauf, it appears that anyone associated with this project will be seen as radical. For Adhami, two issues have been raised against him: his views on apostasy and his views on homosexuality.

According to the Telegraph, Adhami said that those who preach about leaving Islam should be jailed. A HuffPo news item gives more detail, saying that a person is free to leave Islam without harassment, and should only be jailed if they preach to others that they should leave Islam. (I am relying on second-hand reports as Adhami has numerous lectures and there is no direct link to what the reporters are referring to).

For a traditionalist scholar like Adhami, this statement is fairly important. He is moving the question of apostasy from the realm of theology to the realm of the political. As we’ve explained here, apostasy is generally considered a crime against God, but with the rise of so-called “Islamic” states, the rights of God have been arrogated by kings and juntas. Adhami’s statement makes personal (un)belief personal again. The state cannot interfere, nor can any individual punish another, for their religious beliefs. Adhami is arguing that the state can intervene if the individual starts preaching, which can arguably be considered sedition in the context of autocratic Muslim states. However, once you accept that the situation is political, then adaptation and transformation become much easier.

On homosexuality, I found some of the best coverage on NY1. They got Adhami saying that he thought homosexuality was caused by emotional and/or physical abuse. They got a gay rights activist talking about the outrageousness of such a statement, and then a statement from another activist that pointed out that this is not a new canard. To talk about homosexuality as an illness is an old trope and it does not belong to any one religion. We still see ongoing issues in various Christian “ex-Gay” movements. Most importantly, they got a gay Muslim, Parvez Sharma, to talk about his reaction and his question as to whether the community will be welcoming. Only time will answer Sharma’s question, but according to the Park51 website, “Park51 will be open to all, regardless of religious, ethnic, racial, or sexual orientation.”

It’s important to remember that Adhami will be only one of several advisors, and he is not the spokesperson for the vision of Park51. I should make clear that I disagree with Adhami on both points. I believe in Mill’s marketplace of ideas and everyone should be free to express their (un)belief as they see fit. I also think our communities, particularly in the US, should be more open across all divisions. I find myself very sympathetic to Scott Kugle’s reading of homosexuality in Islam, who suggests that we’ve read homophobia into the tradition. However, it is also important to understand Adhami in context. He will be singled out because of his relationship to Park51, and both he and the Park51 team should be challenged and engaged on these matters.


Hussein Rashid is a native New Yorker and Proud Muslim. Currently an instructor at the Center for Spiritual Inquiry at Park Avenue Christian Church and based at Hofstra University, he is deeply committed to interfaith work and is passionate about teaching. He believes we need to start talking more intelligently about Islam specifically, and religion generally.
Posted by Dr. Amanullah De Sondy at 19:25 No comments:

Posted by Dr. Amanullah De Sondy at 19:07 No comments:

Posted by Dr. Amanullah De Sondy at 18:50 No comments:

Split with me the misery/suffering and peace…become Ranjha* to this hapless Heer*…gazing at you over and over again I am not satisfied…(yet) the ruminations of your heart, my sweetheart,..only God knows…my love is truly yours…

You dwell on my lips just like an invocation/devotion…settle in my heart as a cloud of corporeality...mysticism…sacred power…there is nothing else that I desire…(yet) the ruminations of your heart, my sweetheart,…only God knows…my love is truly yours…

*(Heer and Ranjha are famous lovers of a south Asian tale)

(translation my own)
Posted by Dr. Amanullah De Sondy at 15:25 No comments:

Happiness and the Pursuit of Happiness-- The Islamic Perspective

Posted by Dr. Amanullah De Sondy at 11:08 No comments:

The Time That Remains

Posted by Dr. Amanullah De Sondy at 10:28 No comments:

The Qur'an and the Cross 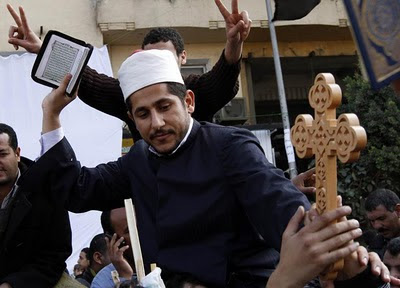