Nine Lessons and Carols with a Reading from the Qur’an 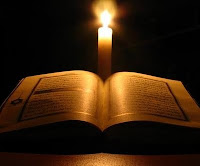 It can be difficult to find a seat at the hugely popular Service of Nine Lessons and Carols for Christmas in St Mary’s Episcopal Cathedral in Glasgow, but this year an extra seat will be in place for this new dimension to this annual service. The reading from the Qur’an will be given by Dr Amanullah De Sondy, Assistant Professor in Islamic Studies at the University of Miami. Dr De Sondy will read Sura al-Imran 3:42-48 which is just one of the passages in the Qur’an which refers to Jesus and Mary. (Full text below)

The Service will take place at 7.30pm on Thursday 22 December in St Mary’s Cathedral at 300 Great Western Road, Glasgow.

The Provost of St Mary’s Cathedral, The Very Rev Kelvin Holdsworth, is delighted to welcome Dr De Sondy to share in the Service with him and says “it is important for us to recognise that lots of people in our society enjoy the Christmas story and give honour to the birth of Jesus. Amongst those doing so are our Muslim friends and it is fitting that Dr Sondy is able to join us in our lessons and carols service.”

St Mary’s Cathedral is one amongst a number of religious groups in the West End of Glasgow and recently was one of the stopping off points in a pilgrimage which took over 50 people to a Christian Cathedral, a Sikh Gurdwara, a Hindu Mandir and a local Muslim Mosque.

Dr De Sondy says “I am particularly pleased and honoured to present a Qur’an reading that builds bridges between Muslims and Christians to celebrate the birth of Jesus. I have been greatly enlightened by the interconnectedness between Islam, Christianity and Judaism in our shared traditions yet I’m saddened to see that many bridges are being burnt between faiths today. This is my small contribution as a Scot in strengthening our shared values and wisdom for a prosperous and beautiful Scotland.”

The Christmas Service at St Mary’s continue with Midnight Mass on Christmas Eve at 11.15 pm. The Cathedral Bells will ring out in celebration before the Christmas Day service which takes place at 10.30 am.


Qur’an Sura al-Imran 3:42-48
And mention when the angels said, "O Mary, indeed Allah has chosen you and purified you and chosen you above the women of the worlds. O Mary, be devoutly obedient to your Lord and prostrate and bow with those who bow in prayer."

And mention when the angels said, "O Mary, indeed Allah gives you good tidings of a word from Him, whose name will be the Messiah, Jesus, the son of Mary - distinguished in this world and the Hereafter and among those brought near to Allah.

He will speak to the people in the cradle and in maturity and will be of the righteous. She said, "My Lord, how will I have a child when no man has touched me?" The angel said, "Such is Allah ; He creates what He wills. When He decrees a matter, He only says to it, 'Be,' and it is.

And He will teach him writing and wisdom and the Torah and the Gospel
Posted by Dr. Amanullah De Sondy at 09:21