Azeem Ibrahim: To Really Address the Roots of Muslim Radicalization, First Make Sure You Understand It 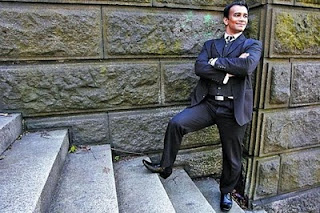 I admire the work of Azeem and believe he makes Scotland proud but this is a contradictory and worrying article that is limiting Islam rather than addressing the more liberating concerns associated with a broader understanding of the Qur'an and Islamic traditions that have always allowed diversity and differences. Azeem's statement that "Islam contains many different theological groups, branches, and strands. The vast majority are pietistic and apolitical." does not square well with what seems to be a call for a romantacised 'traditional, mainstream' Islam when Azeem advocates, "The Salafi brand of conservative and insular Islam which Saudi Arabia promotes spreads a strand of Islam which has certain doctrinal similarities to jihadism, and which can act as a gateway to ideas which encourage violence. This naturally makes it harder to educate young Muslims in traditional, mainstream, pietistic Islam, which is as compatible with David Cameron's brand of liberalism as the Church of England." I am concerned and worried by the narrowness of what Ibrahim perceives as 'traditional, mainstream, pietistic' without practicing what he is preaching earlier on in this piece.

Last Saturday, the British Prime Minister David Cameron gave a speech about how the government viewed the future of multiculturalism and Muslim community relations in the UK.

The risks to this strategy comes less in what he said, and more in how he said it. You can't make a speech on this without taking into account how sensitive an issue it is.

It will not have escaped Cameron's attention that the English Defence League, a group devoted to anti-Islamic prejudice, organized a 3,000-strong rally on the same day, and that papers like the Daily Express spew out anti-Muslim propaganda day after day. In this context, there is a significant minority of the population who have a deep-seated prejudice against all Muslims, and who aren't going to take the time to make the kind of distinctions on which Cameron's speech is based.

But the ability to make these distinctions is essential to understanding why certain Muslims see fit to advocate violence in the first place. Islam contains many different theological groups, branches, and strands. The vast majority are pietistic and apolitical. Historically, it is only one minority strand - Salafism - which is deeply socially conservative, and only one rogue offshoot of Salafism, Jihadism, which encourages violent terrorism. Salafism has its roots in Saudi Arabia, and entails a broad spectrum of opinions, from the non-violent to the political and violent, and Salafi Muslims tend to hold many conservative social opinions which most Muslims don't agree with. For example, mainstream Salafism is culturally isolationist and allows interaction with non-Muslims only in cases of necessity. Mainstream Salafism, however, does not advocate violence and terrorism, whereas Jihadism does.

The problem is that for a long time Salafism has been actively promoted by Saudi Arabia, and it is exactly Salafism which makes it harder to prevent jihadist radicalization. The Salafi brand of conservative and insular Islam which Saudi Arabia promotes spreads a strand of Islam which has certain doctrinal similarities to jihadism, and which can act as a gateway to ideas which encourage violence. This naturally makes it harder to educate young Muslims in traditional, mainstream, pietistic Islam, which is as compatible with David Cameron's brand of liberalism as the Church of England. In other words, Saudi Salafism impedes the efforts made by educational organizations to prevent Islamic radicalization.

I have recently written a new policy memo for the US Congress outlining the role of the Saudi government in promoting Salafism. It is estimated that somewhere between $2 and $3 billion dollars is spent yearly by the Saudi government on the effort to globalize Salafism. Books that promote Salafism at the expense of traditional Islamic teachings are published in abundance and often given free of charge, and, in many instance, non-Salafi publishing houses have been bought out. As in many countries around the world, some British Muslim institutions readily accept Saudi funding, thereby ensuring the propagation of Salafism, and more recently, a number of established western academic publishing houses have published historical accounts of Salafism presenting it as a tolerant tradition.

While the Saudi government has not explicitly promoted terrorism or violence, its practice of bankrolling the global publishing of Salafi doctrine for decades has promoted a harmful doctrine, which is the parent of one that is actively dangerous. At best, it advocates isolationism and minimal engagement with non-Salafis and non-Muslims, and at worst, it has been used as a basis to justify animosity and hatred to wider society.

My memo argues that the government would do well to counter this by engaging with the leadership of Saudi Arabia, and encourage them in private of the urgent need for further reforms, encouraging Saudi Arabia to manage and create platforms for dissent, (as history shows that when Salafism interacts with more moderate forms of Islam, it itself becomes more moderate), and encouraging more cultural exchanges between Saudi leading clerics and their European counterparts to expose them to new ideas and ways of challenging common threats.

All Muslims who see their faith twisted into unrecognizable and violent forms wish to see policymakers act against this challenge, and help us to reclaim the Islam we know - one that advocates for ethical standards of behavior, coexistence, and peace.

The Prophet Muhammad foresaw the twisting of Islam to violent un-Islamic ends. He even foresaw how this would take place: "Truly," he said, "God does not remove knowledge by extracting it from [His] servants. Rather He removes knowledge by removing the scholars, until when no scholar remains the people take ignoramuses as their leaders. Then they are consulted and give fatwas without knowledge. So they are astray and lead others astray."

Let us hope that the present government gets the message and engages the Saudi government, and in the meantime, stops making noises which help people to confuse the extremists with the mainstream.

Azeem Ibrahim is a Fellow and Member of the Board of Directors at the Institute of Social Policy and Understanding and a former Research Scholar at the Kennedy School of Government at Harvard and World Fellow at Yale.
Posted by Dr. Amanullah De Sondy at 07:37