Bigotry and Islam: Bill O'Reilly's at It Again


Bill O'Reilly and his inflammatory speech was on The View this week, and everybody knows it.

But, the attention should go elsewhere.

His baseless anti-Muslim rhetoric that led to Joy Behar and Whoopi Goldberg to walk off the set earlier this week was a ratings boon for him and the show. O'Reilly appeared on the Glenn Beck show and The View hosts are scheduled to discuss Thursday's show on Monday.

The show is likely to grab more ratings and headlines, but really, it's time to shift gears and focus on the anti-Islam hysteria sweeping over the U.S. Bill O'Reilly is getting bashed in the press, but thousands, maybe millions, agree with him. Some of them are silent. Many are not. It has become mainstream to bash Muslims.

The trickledown impact is that Muslims who were born, raised and educated in the U.S. are being maligned and alienated when conversations about religion in America need to include everyone. According to the Pew Center on Religion & Public Life, 35 proposed mosques and Islamic centers have met with community resistance over the last two years. Hate crimes against Muslims are also on the rise.

Major polls report increasing fear and prejudice toward Muslims and Islam, and the temptation to view Muslims through the prism of terrorism and oppression remains deceptively easy. Right wing and anti-Islam blogs bash Muslims, Islam or those who support freedom of religion. Public perception of Muslims and Islam is distorted by the media's disproportionate emphasis on the acts of a dangerous and deadly fraction of Muslims overshadowing the vast majority of mainstream Muslims.

A study from the Pew Forum on Religion & Public Life found that the public's view of Islam has worsened. The study found that 30% have a favorable view of Islam, while 38% hold an unfavorable view. Gallup polling reveals that Americans were asked what they admire about the Muslim world, 57% responded "nothing" or "I don't know."" Despite major polling by Gallup and Pew that show that American Muslims are well integrated economically and politically, a January 2010 Gallup Center for Muslim Studies report found that 43% admit to feeling at least "a little" prejudice toward Muslims -- more than twice the number who say the same about Christians, Jews, and Buddhists.

These opinions existed but were less visible until the debates in New York over the proposed Islamic Center reached a high pitch. When the University of North Carolina assigned reading the Qur'an to incoming freshman, O'Reilly compared the assignment to having students read Hitler's Mein Kampf in 1941. More recently, Newt Gingrich compared Muslim Americans who want to build the Islamic center in New York to Nazis who would erect a sign next to Holocaust museum. Gingrich has also received a standing ovation earlier this year at the Values Voter Summit when he called for a "federal law that says Shariah law cannot be recognized by any court in the United States." Oklahoma State Rep. Rex Duncan also expects that his "Save our State" referendum to keep Islamic law out of state courts to pass easily on Election Day. The Center for Security Policy released a 177-page report last month called "Shariah: The Threat to America" and says Islamic Law is infiltrating American society. The report cites examples such as Muslims building mosques and using Islamic financing to buy homes.

Never mind that nobody is calling for Islamic Law -- including Muslims. The rhetoric is misguided and cheap.

Accommodating a person's religious views in no way imposes religious law in the workplace or society. Basic religious exercise by Muslims should not be viewed as an imposition. It's their right. It's the American way. Unfortunately, that is in danger of becoming lost in the debate to give way to hostility.

It's true: Finding stories that criticize O'Reilly are hard to miss.

And, it's also true that finding stories that factually confront Islamophobia are hard to find.

John L. Esposito is University Professor and Founding Director of the Center for Muslim-Christian Understanding. He is co-author of Who Speaks for Islam? What a Billion Muslims Really Think, and author of the newly released book The Future of Islam (2010). Sheila B. Lalwani is a Research Fellow at the Center.
Posted by Dr. Amanullah De Sondy at 17:27 No comments: 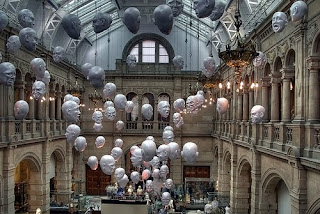 "These are floating heads, each with it's own facial expression, hanging in Glasgow's Kelvingrove Museum, Scotland."

It was never in my fate to meet my beloved.
Even if more years of life was to me allocated, I would have been still awaiting the prize cherished.

If you think that I had been living on your promise, it is a lie.
For, if I had faith in you, would not of joy I would die.

Woe betide, my friendship, that the friends give pious advice and sermons they deliver.
I need someone on whose shoulders could I weep, who could allay my grief and my fears.

Whom should I tell that the night of sorrow is full of pangs.
I would not have resented the death, if it comes only once.

Disgraced, as I was after my death, why didn't I drown in a river or sea.
Neither, there would have been a funeral, nor tomb erected for me.

The marvels of ethical problems and your statements full of meanings.
I would have counted you, "Ghalib" amongst dearest friends of God; if only, you had not been a lover of drinks.

This is the translation of one of Mirza Ghalib's ghazals by Mansurul Hoda, author of the Urdu book "Dusra Rookh." He is one of the scholars of Ghalib poetry. He has translated many Ghalib ghazals and also published many articles on different Urdu poets and their poetry.
Posted by Dr. Amanullah De Sondy at 12:57 No comments:

Morals and Mysticism in Persian Sufism: A History of Sufi-Futuwwat in Iran

Sufism is often understood to be the mystical dimension of Islam, and many works have focused on the nature of "mystical experiences" and the relationship between man and God. Yet Sufism was a human response to a wide range of contexts and circumstances; the fact that Sufis lived in society and interacted with the community necessitating guidance on how to behave.

This book examines the development of Persian Sufism, showing it to be a practical philosophy of the everyday rather than just a metaphysical phenomena. The author explores the ethic of futuwwat (or jawanmardi), an Iranian code of honour that emphasised loyalty, humility, generosity and bravery. Although inevitably some Sufis spiritualised this code of honour and applied it to their own relationship with God, the ethic continued to permeate Sufi behaviour on a more mundane level, typified by the strong links between Sufis and certain trades.

Drawing on field research in Iran, as well as detailed analysis of both Arabic and Persian texts and new materials that have been published in Iran in recent years, this is the first book in English to provide a history of Persian Sufi-futuwwat, As such, this book is an important contribution to the study of Persian Sufism, and to the fields of Islam, history and religion. 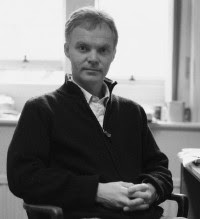