It is with great honor and excitement that I announce my acceptance of the position as Visiting Assistant Professor of Islamic Studies in the Department of Religious Studies at the University of Miami (UM) in Florida (http://www.miami.edu/).

A brief intro to the University of Miami:

A private research university with more than 15,000 students from around the world, the University of Miami is a vibrant and diverse academic community focused on teaching and learning, the discovery of new knowledge, and service to the South Florida region and beyond. Led by President Donna E. Shalala, the University comprises 12 schools and colleges serving undergraduate and graduate students in more than 180 majors and programs. In 2009, U.S.News & World Report recognized UM among the top-tier of national universities, ranking it No. 50 in its listings of “America’s Best Colleges"; it also cited several of its programs in “America’s Best Graduate Schools.” 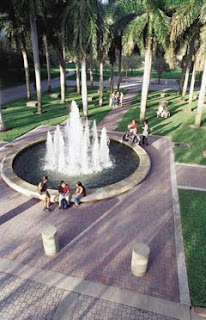 Established in 1925 during the region’s famous real estate boom, UM is a major research university, engaged in more than $326 million in research and sponsored program expenditures a year. While the majority of this work is housed at the Miller School of Medicine, investigators conduct dozens of studies in other areas, including marine science, engineering, education, and psychology.

The Department of Religious Studies at UM is world-renowned in the field of religious studies (see: http://www.as.miami.edu/religion/) and it gives me great pleasure to be joining this department, whose Chair is Professor John T. Fitzgerald.

A brief intro to the Department of Religious Studies at the University of Miami:

Religious Studies is the academic study of religion and spirituality. We explore texts, histories, and ways in which humans from various cultures have understood their world. We study the beliefs, ethics, rituals, artifacts, and organizations of religions, and we consider the changing relationship between religion and elements of the wider culture--including politics, art, economics, literature, and society.

We use the methods of the humanities and behavioral sciences. Some of us use literary tools to study sacred texts.Others draw on philosophical and theological insights. Some of us are primarily historians, studying the changes in religious groups over time. Some apply the theories and techniques of sociology, psychology, and anthropology.

The department offers the B.A. degree and has no graduate program. Some of our graduates go on to study to be leaders of religious communities, but most do not. Rather they apply to graduate or professional schools, with many attending medical school. As required by the charter of the University of Miami, our courses are non-sectarian in nature.

On a farewell note, I have had a wonderful year at Ithaca College in upstate New York and am grateful to the college for all their support. Au revoir to the many new friendships as I move onwards in my academic journey. I thank my colleagues and students for inspiring me and look forward to being a committed faculty member at the University of Miami in the coming academic year. 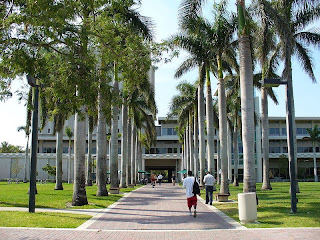